How you can monetize your app idea
Need help with your project?
Oops! Something is wrong. Please check all the fields and send form again.
Ok

How you can monetize your app idea 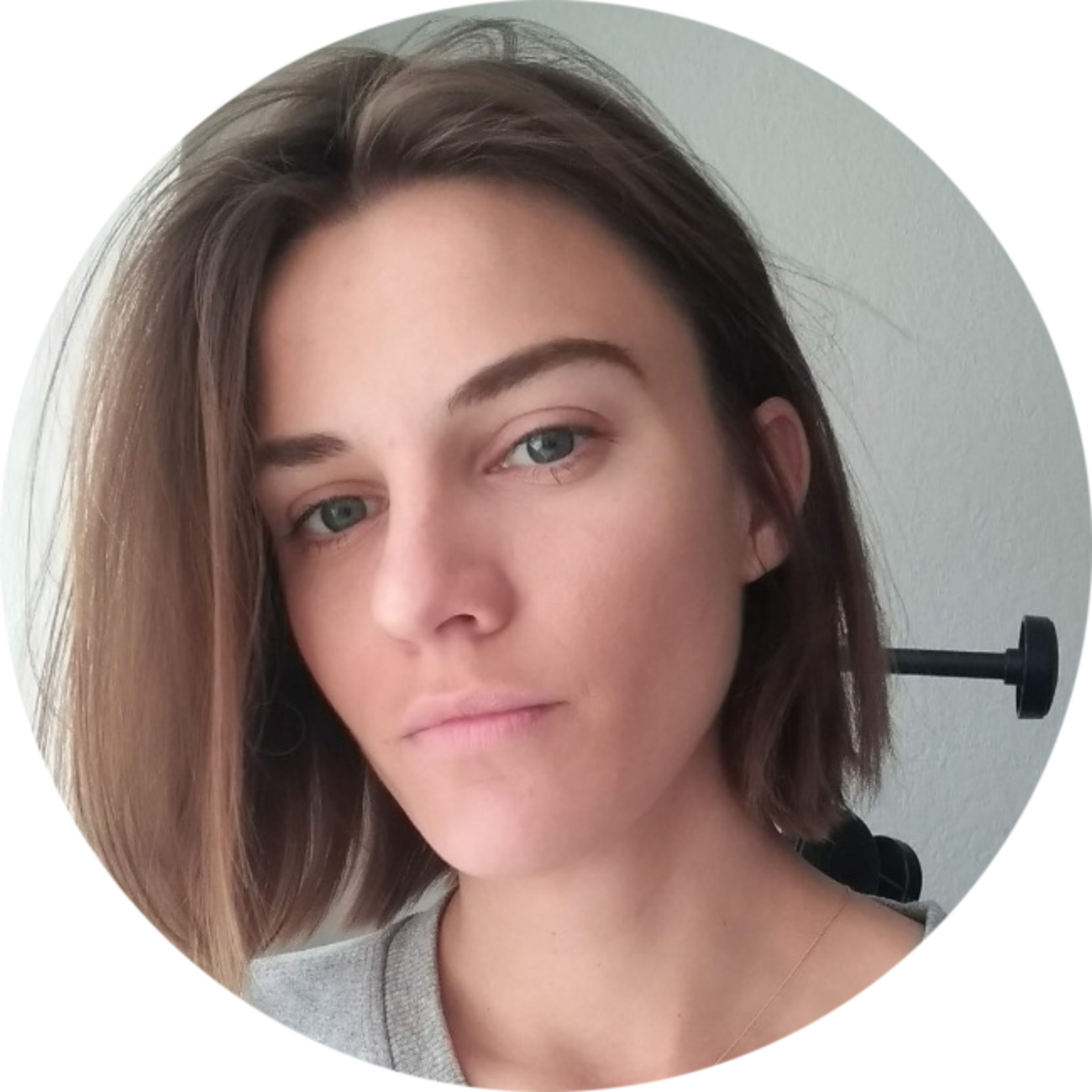 Well, you’ve got an app idea. What’s next? A piece of good advice is to stop thinking about engineering and to figure out how your revenue model will look like. Monetization strategy could be defined through several questions. Will the app be paid or not? Do you need online purchasing instruments or will you have enough profit from advertising in-app? Do you even want to care about how to sell the application to users, or perhaps it is better to shift the financing to the interested sponsor?

Good news: since there more than 2 million apps both in App Store and Google Play Market, you have plenty of examples to learn from. In the article below we will help you to understand the monetization definition in general and main app monetization strategies in particular.

"Monetize" and its definition

Whatever business we talk about, we always talk about profit. The monetization term is close to the concept of profit, although their meanings are not the same. In terms of business, profit considered to be the return of your investments in the form of additional capital. Monetization, in turn, is an exchange of goods or services for currency where the actual profit is not so important.

In the business world, monetization refers to the process by which something becomes a source of capital. However, if you ever decide to monetize an app it means you are going to get money from your product. This can be either a one-time profit from the sale of the application or, as is usually more desirable, you can make profits all the time by serving users or selling an audience to an advertiser. Anyway, you need a monetization strategy to derive your revenue.

How do apps make money?

Let's start with the main thing. As you may have noticed in the App Store or Google Play Market, all applications are divided into paid and free. The average app price ranges from $0,5 to $1. Owners of such products profit from direct user sales.

At the same time, free apps make up more than 90% of both App Store and Google Play Market content. And here is another striking fact – 98% of the owners’ revenue comes from free applications, according to Google Play. If you're wondering how free apps get income, here is the answer:

More complex sources of income include an offline sale. For example, fashion brands create viral apps such as Style Mixer app by Gap, which show the latest collections without giving an opportunity to buy it online. The wardrobe items can only be bought in the physical showroom. Check other examples. Although the monetization definition remains the same for any app there are plenty of strategies to embody it.

If you do not know why your business will bring you profit, you are not talking about business, but about a hobby. If you want your mobile application to be profitable, develop a marketing strategy for it. Mobile app monetization is an essential part of your marketing strategy. In order to make your business sustainable and do not fail soon after launch, consider a way to return your investment in advance. To get started, try to describe the app’s idea as fully as you can.

After that, determine exactly who will use it. You need detailed portraits of your users. Pay attention to the age, habits, income, marital status of these people. Answer the question of how many of these people you need to attract and how much they are willing to pay for your application. Mind, that every single user will cost you money since you’ve got a marketing budget for that purpose. Make sure that your revenue from a single user is bigger than marketing costs you’ve spent to attract him or her.  Having the data at hand, try to choose the strategy.

Remember: it is better to develop several hypotheses and test as many of them as possible than to invest all the resources in one strategy that may not work.

How to make money on advertising in-app?

Mobile app ads are the cheapest, easiest and therefore the most popular way to get the revenue from your app traffic. It is used by 6 out of 10 mobile app development companies, Business of Apps said. The main rule of the strategy is that the more users you have, the more money you get by selling the audience to advertisers.

An important advantage of this kind of monetization is an engineering autonomy. Ad network company places advertising media blocks inside your application without your help. You do not need to sign agreements with numerous advertisers or search for them. Advertising in the app allows you to get instant profit which amount depends on the ad units number, the number of ad views or the click rate.

But not everything is so simple! 1 thousand banner impressions bring the owner, on average, only $2 per day. Third-party advertisements in your application may appear in several forms:

The great example of advertising in-app monetization is free Duolingo app where ads are shown while the lesson content is getting loaded or for score reward. The strategy works excellent for games and daily life apps with a huge number of unspecified customers with various incomes.

A smart way to monetize means that you’ve got to build warm owner-customer relationships first and then ask for money. Try to find the most desirable piece of cake and to propose it to your customer for a moderate price and you’ll soon become a winner just like Evernote and YouTube mobile app. Today, the Freemium Model (“free” plus “premium”) is called the most profitable way to monetize apps.

The Freemium app provides free downloading and proposes you to use a functionally limited version without charging anything. The user can pay for the full package of application features and the version without ads (see paragraph above) if he or she likes the application. The fee may be charged to the user monthly and annually as a subscription fee or be a one-time action. But don’t be so fast: according to Business Insider, only 2% of users pay for additional functions or continue to use the application after the free period.

However, it is easier for the owner to sell something on his or her app territory, occasionally luring the user into the potential of a paid version. That’s why the strategy is more likely to work comparing to paid per download one. The strategy works well for game, education, health, professional, communication, and sports apps.

According to Google, in one of 10 cases, you have to pay for the app before installing it. Paid per download applications require a strong marketing strategy, otherwise, free analogs will eclipse them. If you are developing an application for sale, pay attention to advertising and PR, as well as pricing principles. At the same time, the fact that an app has a price sometimes is considered to be an advantage.

The paid apps market has lower competition level. It is also known that users who paid for the application behave more actively, becoming a source of further marketing research and promotion. Most of the paid per download apps are popular games. Another type of well-selling paid apps are those that offer exclusive software products and that are able to bring profit to their users. The market of such apps can be compared with the technology, manufacturing tools, and luxury goods market. If you chose the paid to download strategy, remember that the promotion of your product should start even before you market it. Another important thing that you should think about is the quality of the product.

Application buyers expect the quality of the product to be significantly higher than that of the free application. If you are going to disappoint them, get ready for strong negative feedback. According to App Store, in the second half of 2018, the average price of the application is between $0.5 (games) and $1 (apps). The most successful paid apps in the history of the Apple App are Minecraft, Angry Birds and Heads Up. Minecraft, Torque Pro, and Motor Depot are listed in the Play Market top.

In-App Purchases business model (also called Paidium) can sometimes be confused with the Freemium Model since the purchase of an enhanced version of the application also occurs within the application. However, In-App Purchases include a wide range of options. In particular, in the game industry and gamified applications, developers set their own currency.

“To top up the account” you could be requested for either performing some action inside the application or exchanging real money from to virtual ones. Reverse cash exchange is not always possible. In-App Purchases include selling of certain content such as articles, books, music albums, advanced functions, and movies. New levels of the game, virtual things, and the hero capabilities also can be paid. In 2018, Spotify, Line, Netflix, and Tinder applications in the Google Play Market got the highest revenue from In-App Purchases of their content (learn more).

In-App Sponsorship allows owners not to care about the app’s profitability by billing any costs to its sponsor. In turn, the sponsoring company receives an app as an extra marketing tool. Catchy content and viral spreading potential are common requirements for such products. Generating the interest of potential customers and loyalty of current ones is considered to be the main aim of the sponsorship for your sponsor. In-App Sponsorship can be obtained in several ways:

White Label concept actually means that you are making a product, which will later be used under your buyer's logo. White Label Code strategy is actively used by application developers serving small businesses in classic business areas. The best way to monetize an app of White Label kind is to sell the same cheap templates to numerous local companies operating in the same field.

The advantage is obvious. The same White Label Code can be sold indefinitely, providing buyers with a convenient tool for self-customization. White Label strategy is suitable for taxi booking services, online stores, cafes, gyms, transport companies, and educational institutions. Agree, all these businesses have no reason to reinvent the wheel having your ready-made solution at hand.

Choose Your Own Way to Generate Income: Blended Model

A mixed app monetization strategy is a popular approach among software companies since no one wants to put all the eggs in one basket operating the budget. Moreover, mixed strategies increase the commercial sustainability of the product on the changeable app market.The majority of free applications uses embedded advertisements and an in-app purchase mechanism can be provided inside paid applications.

In addition, app hosting platforms offer loyal cooperating conditions for those owners who use paid subscription mode within their applications. However, there are less flexible monetization models. For example, White Label strategy and Sponsorship completely exclude other forms of monetization.In 2019, the most popular cocktail strategy is the combination of in-app purchases and in-built ads.

The LANARS team has been creating applications since 2016. Contact us in order to get your well-designed app together with a personal monetization strategy.

Rate this article
(Average: 1.4 out 5)
Similar articles
14 Top mobile app development trends in 2020
Check latest app trends and find out what to expect from AR, 5G, and beacons next years.
Marketing25 min
IoT Ideas and Business Opportunities in 2020
Learn major Internet of Things business opportunities and trends of 2020. Find best IoT niche for your startup.
Marketing27 min
How to Hire an iOS Developer: the Ultimate Guide
Find iOS developers avoiding the most common risks. Learn about critical hard and soft skills, professional grades and more.
Client's guide 16 min
Need help with your project?
Oops! Something is wrong. Please check all the fields and send form again.
Ok